Now we are MASTER DESIGN. An Atelier connecting a team of architects, engineers and graphic designers, structural engineers, technologists and construction supervisors operating throughout Czech Republic.

Many new projects and better results of constructed houses. However we felt there was a possibility for improvement.

Despite the fact that we were supervising the constuction, we were not in full control and finished houses had often incorrect details. So we decided to establish our own building company.

This is a new chapter for our company. Now we can provide full services for our clients. Our clients get great architectural design, good quality project and finally construction as well. Everything is being provided by one company.

We solved basic problem in civil engineering – how to transfer drawings into reality.

Our works started to broaden in other cities. Our next decision was crucial.

Opening second office in Prague was a risk, but soon we signed multiple contracts and it appeared to be a great decision for our company’s growth.

More contracts were signed and we needed to expand. Much has happened this year.

As we were choosing the name for our new company we aimed to be universal and creative. We didn’t want common names like some atelier, architects, studio, project etc. We also didn‘t want any names in it.
We just wanted to be Masters of Design. We have to thank our friends who helped us to agree on the final name. On every company anniversary, we invite them for a small celebration.

We continued working hard all day long but we also found some free time for hobbies and fun. This year could be defined as a time of many working experiments and fails, a lot of planning and learning about business principles.

As our work scope was developing in many ways, we started to realize that architecture is the best field for us. Creating homes became our passion.

Right after finishing school, we decided to design small typical houses; Houses for people like us – young and with no financial abilities.

As we had neither experience nor money, we rented a small apartment and moved in together to be able to work constantly.

We were waking up early and going to sleep late. First houses were often designed after a long day after drinking a bottle of wine.

After some time we found out that this was not a good way to go. Everybody liked our houses but it wasn’t enough. They wanted the designs to be more unique and original.

So our typical houses developed into individual ones.

We started to focus on individual clients‘ needs and possibilities given by plots and other features of individual design. 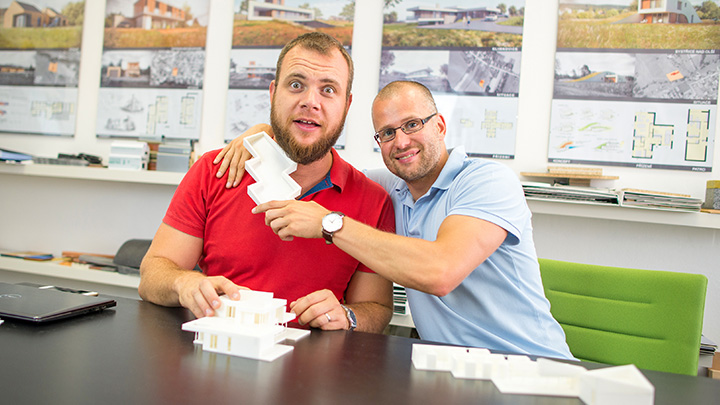 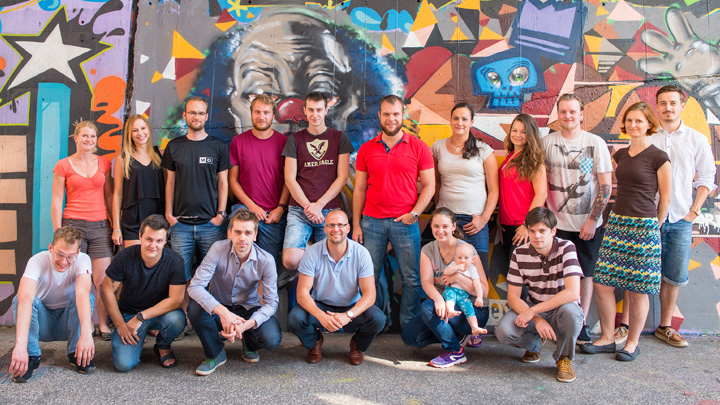